If you lose your faith in Somalia you lose everything: your family, your friends, your job and your freedom. This happened to Yusuf a few years ago. His family tried to convert him back to islam by sending him to a rehabilitation centre. Being an atheist is about the same as being a drug addict. The only thing that could “cure” him was strict discipline, an intensive religious education, and if you didn’t obey, physical punishment.

This is where we find Yusuf. A Somali man whose pain and distress whilst watching his mother go through breast cancer saw him not only give up being a Muslim, but also come to hate Islam. It was 2016 when Yusuf stopped praying, fasting, and doing anything else religious. For all intents and purposes, Yusuf was now an atheist.

Of the 16 million Somalis, over 99% of them are Muslims. The provisional Somali constitution delcares Islam as the state religion, and prohibits the propogation of any other religion. It also stipulates that Somali laws must adhere to the general principles of Muslim law. The Somali president must be a Muslim. It is socially unacceptable to convert from Islam to any other religion.

In such a difficult environment Yusuf was fortunate to find allies online. He found apostate Somalis who helped him find other like-minded people. He developed a close group of friends who he could talk to freely, and was able to trust.

Sadly, in 2019, Yusuf’s family found out that he was no longer a Muslim. The communication I have read from Yusuf is written in Somali, which I can’t read, so it’s translated by Google Translate. Although the translation isn’t perfect, it’s clear that Yusuf was faced with very difficult and dangerous circumstances once his apostasy became known. He was sent to a rehabilitation centre, where they beat him um regularly.

Yusuf faked a conversion back to Islam, posting on Facebook that he was a very religious person, but things got worse, and he was locked in his house. He was able to escape, finding refuge in a friend’s house. The friend has given him a place to sleep, helps him get food, and helps Yusuf maintain his life online.

Yusuf lives at his friend’s house now. He has diabetes, high-blood pressure, is suffering from depression, and lives under constant stress. In his own (translated) words “I need help to have freedom, health and a human life.”

Yusuf needs help to get to another country where he will be able to live freely as an atheist, and can escape the stress and anxiety he’s suffering living as an atheist in Somalia. 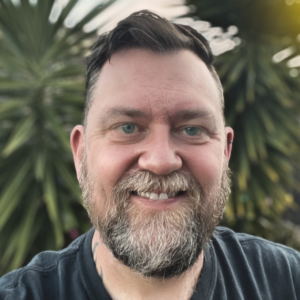