Mumimo knew he and his family would face hardships once they fled persecution in Somalia for the relative safety of Uganda. But he never anticipated how the medical issues that would affect his premature baby’s health.

“Our baby has growth problem – the doctors said we should take her to a physical therapist,” Mumimo told SUN recently. “I have no job or enough money to pay my child’s medical expenses and the doctors said she is also malnourished and I can’t afford to buy baby food for her.”

It was such a callous blow to the family so soon after SUN supporters assisted them to escape the violence of Somalia for refuge in Uganda. Mumimo (an alias to protect his identity) left his Muslim faith. But for his “crime” of apostasy, he and his family have been harassed, threatened and beaten. He still is not entirely safe in Uganda.

“The people who attacked me in Uganda in 2018 are still here,” he explained. “All Somalis in Uganda have my story because when a Somali-born Muslim changes his faith it is a ‘danger’ and the community passes it to one another to avoid their children to do the same.”

Mumimo, his wife, her six-year-old daughter from a prior relationship and their six-month-old daughter have suffered much deprivation. The baby was born prematurely in Somalia while mom was battling COVID last spring.

The family had a harrowing journey out of Uganda and were greatly relieved to be in Uganda. After weeks in a hotel, SUN secured a rental property for Mumimo’s family.

“We are so stressed about our baby and our life but I and my wife exchange words of hope to make our long day short,” said Mumimo. The baby’s health has improved somewhat in the last month but money is always an issue.

Mumimo continues to look for work but unemployment is high and Mumimo’s status in Uganda is uncertain. With SUN’s assistance, he attempted to gain asylum status but his application was denied. Now they face Visa problems.

“I was told to pay a lot of money to get asylum,” Mumimo said. “Everything is money here; even calling the police for help is money. Refugees are asked for bribe, patients are asked for bribe. I’m afraid people are after me for money and then harm or detain me as happened before.”

Mumimo distrusts the application process because of the corruption but knows it is an avenue he must pursue to earn money to help his family. Mumimo is confident his experience as a truck driver will win him a job.

While he is not entirely safe going about his business in the city they live now, the irony is COVID has provided some cover.

“Now I wear face mask; until I remove it no one can recognize me I think,” he said.

Mumimo is grateful for all the help SUN and its supports have given so far.

“I am only 31 years old and I have been through all kinds of suffering, family loss, attacks, detention and hunger, but I met SUN at the right time. I want to thank SUN and my sponsors. SUN has given me hope, genuine advice, which is priceless.”

Mumimo and his infant daughter need your help to get food and the medical attention she requires to thrive in her new home. Please consider helping Mumimo’s family in their new country. 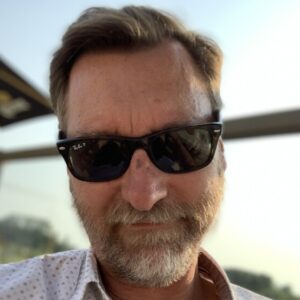